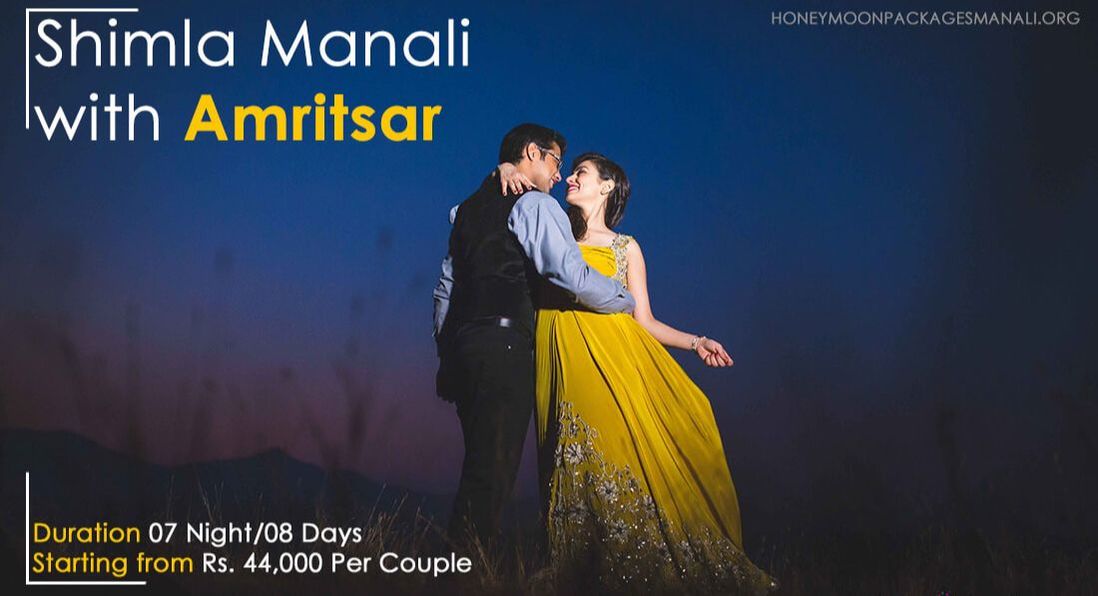 On arrival at Delhi IGI Airport or Railway Station before 12 Noon our driver will pickup you. And transfer to Shimla by Personal Car. Situated in the North-west Himalayas, Shimla is the capital of Himachal Pradesh. Simla (now spelled Shimla) was the glorious summer resort of the British Raj, famous for its snowcapped peaks, apples, and pine forest, flowers and gentle smiling people. On arrival check in hotel. Overnight stay at Hotel.

After a scrumptious breakfast, leave the hotel for an excursion to Kufri. It is a small hill station in Himachal Pradesh, which is widely acknowledged for its undulating mountain terrains and lush greenery.
One of the most prominent attractions of this place includes the Himalayan Wildlife Zoo, which is home to a variety of rare species of wild animals and birds. Also, this destination has an amusement park, which is an ideal place to spend quality time with family and friends.
After enjoying a sightseeing tour of Kufri, return proceed for a leisure walk in the beautiful Mall Road of Shimla. This road, constructed during British colonial rule, has numerous showrooms, shops, eateries and cafés.Evening Back to Hotel Overnight stay.
​
Shimla Sightseeing Places
Kufri
Kufri is a small hill station in Shimla district of Himachal Pradesh state in India. It is located 13 km from the state capital Shimla on the National Highway No.22. The name Kufri is derived from the word kufr meaning "lake" in the local language.

After Breakfast, check out hotel and depart for Manali. Drive past Beas-Sutlej Link project, Pandoh Dam and Kullu Valley.  Lunch shall be en-route on direct payment basis.
At the northern end of the Kullu valley sits the ancient site, but modern town, of Manali. It is a pleasant, if overdeveloped, town with lovely forests and orchards nearby for hiking, and good facilities for visitors. In the 1970s and 1980s, Manali was very much a 'scene'. In summer, the town would attract numerous western hippies and travelers drawn by the high quality marijuana that grows in the area
Evening on arrival check in the hotel overnight stay

Rohtang Pass (3979 m): Rohtang pass is 51kms. From Manali on highway to Leh. It offers a panorama and spectacular view of Mountains. The pass is open from May to October each year although trekkers can cross it earlier. It is a gateway to Lahaul Spiti, Pangi and Leh valley. There are beautiful sights of glaciers, peaks and Chandra river flows down in the Lahaul valley. ( If Rohtang Will be Closed We will show you Solang Valley where you can enjoy skiing, zorbing, paragliding and many more adventures sports  )
​
Rahala Water Falls: 16kms. On the way to Rohtang pass. If one goes to Marhi on foot from Kothi from the old road, the sight of the falls is fascinating. It is a good picnic spot as well.

Places to Visit in Manali
Hadimba Temple is dedicated to the wife of Bhim, one of the five Pandava brothers in the Indian epic Mahabharata. As the legend goes, Bhim married Hadimba and they had a son. Later on, Hadimba left the place and became a spiritual.

Vashist springs and temple in a tiny hamlet situated on the bank of Beas River that turns towards Rohtang. It is well known for its hot sulphur springs and temples. Taking a dip in this water is considered sacred by many. Nearby is the pyramidal stone temple devoted to Vashist Muni, a revered sage, Nehru Kund is a natural spring in the region. Located at a distance of around 6 km from Manali, it has been named after the late Prime Minister Jawahar Lal Nehru. The Kund has derived its name from Nehru, as he used to drink water from it, on his journey to Manali,

After Breakfast, Check out hotel Drive to Amritsar, On arrival Amritsar, check in hotel. Overnight stay at Hotel

After Breakfast visit the Golden Temple and later visit the massacre of Jalian Wallan Bagh. Afternoon little free time to rest and evening around 3 PM drive to Wagah Border to see the Closing Ceremony, event starts exactly by 5.30 PM everyday. Border closing 'lowering of the flags' ceremony is a daily military practice that the security forces of India and Pakistan.This ceremony takes place every evening before sunset at the Wagah border, which as part of the Grand Trunk Road was the only road link between these two countries before the opening of the Aman Setu in Kashmir in 1999. The ceremony starts with a blustering parade by the soldiers from both the sides and ends up in the perfectly coordinated lowering of the two nations flags, it is called the beating retreat border ceremony on the international level. One infantryman (Jawan) stands at attention on each side of the gate. As the sun sets, the iron gate at the border is opened and the flags are lowered. The flags are folded and the ceremony ends with a retreat that involves a brusque handshake between soldiers from either side. Return back to Hotel and Overnight.
​
Meals - Bed Tea, Breakfast, Dinner

​Morning After breakfast drive to Delhi, Drop at Delhi IGI Airport Terminal 1, After 7 Pm and fly back to home, With Sweet Memories.