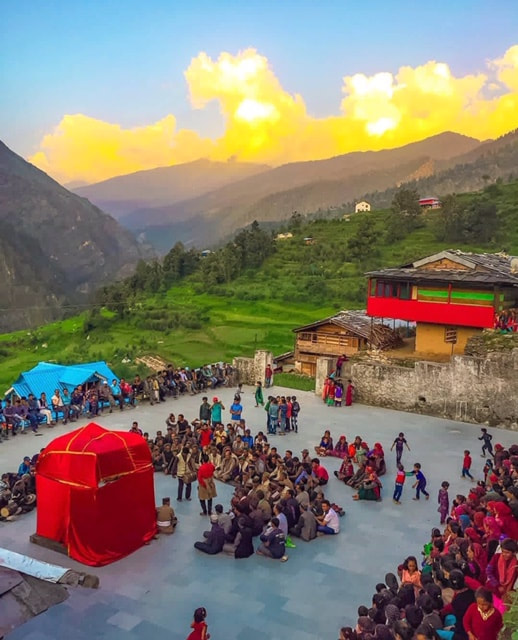 ​​Fairs & festivals not only bring people together but they also give them an opportunity to celebrate life. It is that time of the year when you get to show your culture and feel proud about it. It is the time to remember the oldest of traditions and learn from it. If you want to know a state, it is very important that you know about their history and culture too. And in order to know the same, you must be a part of their festivals.
1) Baisakhi - You must be familiar with this one as it is one of the most famous festivals celebrated across the country, however, differently. As far as Himachal Pradesh goes, the festival is called Baisakhi and is celebrated by performing Mala dance, where people hold hands and dance in a circle.

2) Minjar Fair - On the second Sunday of August, Minjar fair is held in the name of the rain god, Varuna. This fair takes places in the Chamba district of Himachal Pradesh and the devotees of the god Varuna are expect to offer the deity a thaal adorned with Maize flowers, a coconut, a rupee coin, a fruit and a couple of paddy tentacles.

4) Kullu Dushehra) - If you have to choose one among the many fairs celebrated in the state, try coming to the Kullu Dushehra fair. This particular fair contains the entire Himachal in its way of celebrations & activities. The people of Himachal love their food and music and this is clearly reflected in the way this fair takes on and finishes. Kullu Dushehra is a treat to the eyes and soul.

5) Lavi fair- This fair is completely a coming together of two different yet equally beautiful cultures and it has come into existence thanks to the trade between Kinnaur and Tibet. Lavi fair takes place in the month of August and give people on both the sides of the border a chance to interact, exchange goods and celebrate. If you are fond of Tibetan goods such as the carpet and hand woven wools, you shouldn’t miss visiting Kinnaur during the fair.

6) Tara devi fair- Another very important and famous fair is the Tara devi fair, celebrated in the month of September. It is celebrated in the name Durga devi. Devotees from around teh country come to Taradevi, located 8 km from Manali, to pay obeisance to their protector and mother, Durga Maa.
It is pretty hard to wrap up a place as diverse as Himachal Pradesh in a couple of words and yet, isn’t that will hold true for the entire country called India? Indeed, that will and therefore, the best we can do is to suggest you the popular tits and bits of here & there. However, the right way to figure out Himachal Pradesh is to stay there for a couple of months, to live among the people of the mountains- learning about their lives and fears- to eat from their local platters and to walk along the ever growing mountains.

Must Visit Temples in Himachal Pradesh