Manali is a beautiful resort town of Himachal Pradesh. It rests within the glorious laps of the Himalayan Mountains. With a population of just about 8000, it is a center of peace & amp; tranquility. Comes December and a carpet of soft white snow covers the entire town in its huge protective arms. However, what makes Manali different from the other hill stations of its kind is its capacity to hold glaring adventures at its very heart. So while you can take your date out into the lush green lanes of the apple orchards surrounding Manali, you can even, in case your spouse is more of an adventure seeker, take them to trek along the Rohtang Pass or to raft in the river Beas. Also, Manali is a heaven for all the nature lovers. It is best to move through the old Himalayan villages on a mountain bike. Not only does the bike provide you a closer look into the simple lives of the mountain people, it also lets you dump you cars and breathe in the healing air of the mountains. Manali is a balanced mixture of modernity and customs and to prove the same on one hand we have the mall road and on the other, the ever-present Hidimba devi temple. Built in 1553, it is a living example of India’s glorious architectural history. If you want to get into the heart of the place, you must visit old Manali. This is the place where the old meets the new. Although you won’t be able to access all the modern facilities of comfort here, yet, one step inside the town and you find yourself standing in a whole new world of ancient times. If you are a lover of history, old Manali will serve as a medicine to you

There are definitely a few side trips & tourist attractions that you can take in a day and then get back to Manali. Depending on your available time, we would recommend a following order:

How to Reach Manali?

By Bus
A distance of about 550 km from Delhi, Volvo buses connects Manali with Delhi, Shimla, Dharamsala and Leh. It takes around 18 hours to travel Manali from Delhi. From Ambala, the distance is about 10 hours; and from Kullu it takes just about 1.5 to 3 hours. Get Cheapest fare on Delhi - Manali - Delhi Volvo Bus Tickets Call - 8266016060
By Private Cab
Private taxis also ply to Manali provided the driver is well acquainted with the hilly areas. Knowing the roads is absolutely essential while going through the hilly regions.
By Train
The nearby Broad Gauge Rail Head is Ambala Cantt (200 km) or Chandigarh (250 km) from Delhi
By Air
Nearest airport is Bhuntar Airport just about 50 km from City, 10 km from Kullu, and takes only about two hours to travel. Domestic flights that take you to this Airport are operating flights from Delhi to Kullu. Call 7351707071 for Best Deal on Flight Tickets

Where to Withdraw Money ?

On Mall road you will find long queues outside SBI and Punjab and Sindh bank ATMs because people do not know that there is a very good Bank of Baroda ATM on first floor just opposite government bus stand. There are 3-4 other bank ATMs that are in by lanes of Mall road. There is no ATM in Old Manali.
Carry Rs 10 notes in plenty as there is severe shortage of small currency in Manali and around. 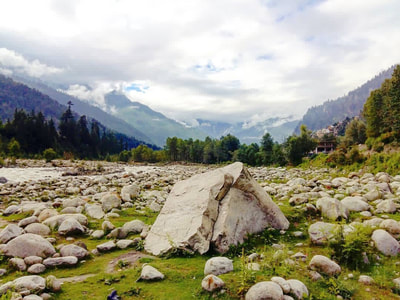 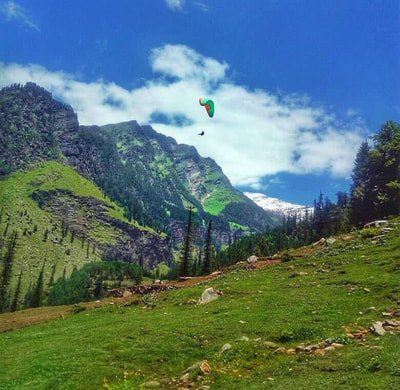 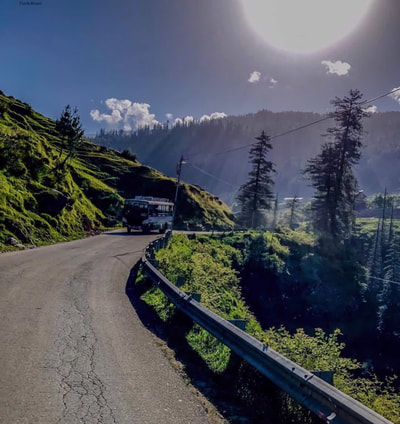 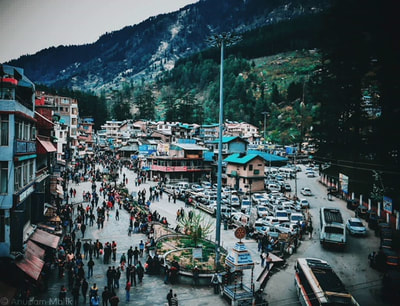 Near By Hill Stations
Tourist Places Distances from Manali
Where is manali ?
Manali is Located in India
in Which State manali is Located ?
Manali is located in Himachal Pradesh state of INDIA
What is the Attitude of Manali ?
8700 feet
WHICH RIVER FLOWS IN MANALI ?
River Beas Flows in Manali, The river rises in the Himalayas in central Himachal Pradesh, India, and flows for some 470 kilometres to the Sutlej River in the Indian state of Punjab
HOW TO REACH MANALI BY TRAIN ?
The nearest train stations are - Chandigarh, Ambala and Joginder nagar ,from here You can take Bus or Taxi to reach Manali
How to reach manali By Flight?
Nearest airport is Bhuntar Kullu. Which is 50 Kms from Manali. Air india Flights from Chandigarh or Delhi is Regular for Kullu Airport, Avoid Flights During Jan & Feb
What is the best time to visit Manali ?
Manali is a Place where you can visit 12 months in a year.
​What is the best time to visit manali for snow ?
If you love the snow best time is Jan, Feb & March
WHAT TYPE OF CLOTHES REQUIRED WHILE VISITING MANALI ?
U need to wear a thermal inner a warm sweater and a bomber jacket that'll has a hood. It's advisable to carry thermal pants, woollen socks and a muffler!